Overdrafting is when you spend more money than you actually have in your checking account—for instance, if you have just $20 left and you make a purchase on your debit card worth $30.

It’s best to avoid overdrafting, since your bank might hit you with punitive fees when you do. But does overdrafting pose a danger to your credit score as well? The answer is no—unless you fail to pay off the fees you incurred. Read on to learn more.

There are three possible outcomes when you overdraft, depending on whether or not you set up overdraft protection or overdraft coverage beforehand. These are services that are meant to protect you when you accidentally overdraft.

Here’s what will happen if you have:

The amount of money you have in the bank never affects your credit in any way, even if you spend it recklessly.

However, scenario #2—in which you have overdraft coverage and your bank covers the transaction—can indirectly hurt your credit.

How can overdraft coverage lead to credit score damage?

As mentioned, when your bank covers your overdraft, you end up owing them a debt—whatever money they fronted you plus any additional overdraft fees. This isn’t great (nobody likes paying extra fees), but it won’t show up on your credit report and it won’t hurt your credit score.

The danger to your credit comes if you fail to pay back this debt in a reasonable timeframe. When you default on a debt, there’s always a risk that the person or company you owe will give up trying to collect it themselves. (Note that this can happen with any debt, not just overdraft fees—it’s also a risk with rent, medical bills, debts that you tried to pay with bounced checks, etc.)

If you go for several months without paying, your bank might decide to send the unpaid bills from your overdraft to a debt collection agency, which will try to collect them on your bank’s behalf.

How debts in collection hurt your credit score

The collection agency will probably report the debt to the credit bureaus that create your credit reports. As a result, a very damaging derogatory mark, known as a collection account, will show up on your report.

Collections seriously damage your credit score, so this will severely limit your future borrowing prospects (and affect many other aspects of your financial life).

Fortunately, you can prevent this by paying off your overdraft fees promptly (or, better yet, by taking care not to overdraft in the first place).

You can’t overdraft a credit card (the term “overdraft” is specific to bank accounts), but if you spend over your credit limit, you can damage your credit score in various ways. Always keep your spending under control to avoid hurting your credit.

Other consequences of failing to pay off an overdraft

Dealing with debt collectors is bad enough, but it’s not the only potential consequence that overdrafting can have for your credit.

If you leave your overdraft fees unpaid, your bank might forcibly close your account. This will be recorded on your consumer banking report, which is a document that’s similar to your credit report (often produced by the company ChexSystems).

Your banking report doesn’t affect your credit score. However, a black mark on your ChexSystems report can still cause you financial trouble. If you apply for another checking or savings account in the future, the bank will pull your report and see the trouble you had in the past with paying overdraft fees, which might make them deny your application. 1

When it’s hard to open a bank account, it can have a cascading effect on many other aspects of your finances. It can make it harder to keep track of your money and make it more likely that you’ll miss payments on your credit accounts in the future.

How to avoid bank overdrafts

As you’ve probably gathered, overdrafting your bank account is bad news, even though it doesn’t directly hurt your credit score. Fortunately, overdrafting is also relatively easy to avoid.

To protect yourself, just do one of the following:

This last option, using a credit card, has other benefits as well. Using a credit card regularly and responsibly is one of the best ways to build your credit, and it also provides some protection from identity theft. 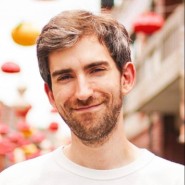 Robert Jellison is a Managing Editor and writer specializing in the intersection of insurance, finance, and tech. In the past, he's written and edited work for several SaaS companies, and created work for various investing and trading websites. How to Check Your Credit Score

Checking your credit score is as easy as visiting a free online... FICO Score 8: What It Is and What It Means for Your Credit

FICO 8 is the most popular credit-scoring model in the US, although... Check out the most up-to-date credit score statistics in the US to...