Why do I have different credit scores?

Although your scores will vary slightly, they should all be fairly similar to each other because each model creates your score from more or less the same information.

Your credit scores vary depending on four factors:

1. Which model was used, FICO or VantageScore

FICO and VantageScore are the two most common credit scoring models. They use similar criteria to calculate your score (including your payment history, the length of your credit history, and your credit utilization rate).

However, there are several differences between FICO and VantageScore when it comes to how they weight those factors, so your credit scores usually won’t be the same.

The following tables show how the two models weigh the factors that determine your credit score:

2. Which version of the model was used

FICO and VantageScore release new versions of their models every few years. Each update means a slight change in the formulas used to calculate your credit score. So far there have been 10 versions of FICO’s model and four versions of VantageScore’s.

Moreover, FICO produces a different model for each of the major credit bureaus (Equifax, Experian, and TransUnion). There are several differences between TransUnion and Equifax credit scores, and the same goes for Experian’s.

This means that you actually have more than one FICO score for each version of their model—you have three unique scores, one for each bureau.

In addition to their general-purpose models, FICO also produces industry-specific models (like the FICO Auto Score that car lenders use). 1 You’re likely to have a different credit score with these models because they evaluate your credit reports in slightly different ways.

FICO also offers a (rarely used) alternative scoring model, known as FICO Score XD, that factors your regular bill payments (such as your utility bills) into your score, which most scoring models don’t do.

In contrast to FICO, VantageScore only creates general-purpose credit scores, known as “base” scores. 2

3. What information was provided to the credit bureau

Not all lenders report to every bureau, which means that your reports may differ from each other. 3 Consequently, your scores will vary depending on which report each was compiled from.

Additionally, some negative marks may never get reported to the bureaus. For example, parking tickets may not affect your score after going to a collections agency, if the amount owed is too small to bother reporting.

4. When you accessed your score

Your credit score will usually update every time a lender reports to the bureaus. This means that each score can differ from one day to the next, depending on when the most recent update was.

While small differences between your credit scores are normal, large discrepancies aren’t, and they might signal that there’s an error on one of your credit reports (e.g., a payment that your lender incorrectly reported as late).

A study by the Federal Trade Commission (FTC) found that some consumers lost up to 100 points on their credit scores because of reporting errors. 4 Lenders give better interest rates to consumers with higher credit scores, so if there’s a mistake on your report, it could cost you thousands of dollars per year.

You should dispute errors on your credit report with both the lender that reported the error and the relevant bureau. Make sure to include evidence to back up your claim.

Get free copies of your credit reports

You’re usually entitled to one free copy of your credit report every year from the credit bureaus, available from AnnualCreditReport.com. However, they’re currently offering free weekly reports until the end of 2022 because of the COVID pandemic.

Which credit score is most important?

All of your credit scores are important because different lenders prefer different models and there’s no way to predict which one a given lender will use.

That said, FICO’s models are the most widely used. 90% of the largest lenders use their models, with FICO 8 and FICO 9 being the most-used versions. 15

This means that between FICO vs. your credit score in other models, your FICO score is more likely to affect your odds of obtaining new credit. However, it’s still important to monitor your VantageScore because more financial institutions and lenders are using their scoring models every year. 6

Which credit score is the most accurate?

It’s hard to say which credit scoring model is the most accurate because they evaluate different data to produce your score. However, in theory, the newer models (FICO 9, FICO 10, and VantageScore 4.0) should be more accurate than the older models because the credit scoring companies have had more time to develop them.

The newer models are also more lenient than the older ones. This is because they assign less weight to negative events that might not have been your fault. For instance, in the newer FICO and VantageScore models, medical debt affects your credit score less than in older models. 7 8 This is because an ability to pay unexpected hospital bills doesn’t necessarily suggest financial irresponsibility.

Which credit bureau is used the most?

The three largest credit bureaus (Experian, Equifax, and TransUnion) produce the most widely used credit reports. There are other smaller bureaus, but the majority of lenders use the main three.

None of the three largest bureaus is used significantly more than any of the others. Morningstar noted in 2018 that the bureaus operated “basically at market share parity.” 9 This means that it’s important to monitor your credit reports from all three bureaus and investigate if there are significant differences in your credit scores between them. 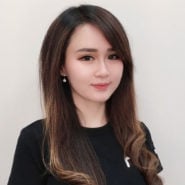 Jesslyn Firman is a credit analyst for FinanceJar. Her work covers credit repair and credit scores, and in the past she's extensively researched and written about the insurance industry. Jesslyn has a B.S. in Finance and Accounting and an MBA in Management. Sam Osbourne is a content writer for FinanceJar. His writing covers credit scores, credit repair, and renters insurance. He’s worked across a mixture of genres, including blogs, essays, and fiction. Sam has a Master’s degree in Creative Writing. The PREMIER Bankcard® Secured credit card is a card for applicants... Best Credit Cards for No Credit History in December 2022