Home Credit Repair 609 Dispute Letter: What Is It and Does It Really Work? (With Examples)

If you’ve been looking at strategies to improve your credit score fast, you’ve probably seen articles about so-called 609 dispute letters. But what are these, and do they really work?

The idea is that if you send a 609 letter to a credit bureau, they’re legally required to show documentation verifying any negative marks on your credit report. If they can’t, they supposedly have to delete the negative mark in question. This idea comes from section 609 of a law called the Fair Credit Reporting Act (FCRA), which obligates the credit bureaus to report your information accurately and fairly.

All of this sounds great—the problem is that it isn’t true. In reality, there’s no such thing as a “609 dispute letter” because section 609 of the FCRA has nothing to do with disputing information on your credit report.

We offer a free 609 letter template below, but we don’t recommend using it—it probably won’t work. Near the bottom of this article, we outline some of the legitimate approaches you can try to get negative marks off your credit report instead. We've provided this 609 letter template as an example of what these letters typically look like. As we've indicated, this strategy is based on several mistaken assumptions, so you should use our letter for educational purposes only.

We’ve provided the template above for free. Be wary of sites offering 609 letter templates for a lot of money. Not only are 609 letters based on a misreading of the law, credit dispute letters in general are relatively simple and easy to write, and there’s no evidence that paid templates are any more effective than free ones.

How to write a 609 letter (with examples)

We’ve provided the following example to demonstrate what a 609 letter is supposed to look like. Remember that, no matter how you write a 609 letter, it isn’t guaranteed to work.

As per section 609 of the Fair Credit Reporting Act, I am entitled to see any sources or documents you have on record regarding this account, including the original contract with my signature and the credit application.

I have included a copy of my credit report with the relevant account highlighted.

If you are unable to verify the account with the original documents, the information must be deleted from my credit report within 30 days. Please respond in writing within 30 days of receiving this letter.

No, 609 letters aren’t guaranteed to work. There’s no evidence suggesting that they’re any more effective than following the normal credit dispute process. If you send a 609 letter and your dispute is successful, it almost certainly would have also worked if you sent an ordinary credit dispute letter instead.

As mentioned, the 609 dispute letter idea is based on the misconception that, per section 609 of the FCRA, if you request additional information about an item on your credit report and the credit bureau can’t provide it, they have to delete that item. However, this isn’t the case.

Section 609 of the FCRA has nothing to do with credit disputes at all. All it says is that you’re entitled to view the information the credit bureaus keep on file about you.

According to section 609, credit bureaus must give you the following information (upon request): 1

That’s all that section 609 obligates the credit bureaus to do. If you ask for a particular piece of information that they don’t have on file, it doesn’t say that they have to remove anything from your credit report.

What the FCRA actually says about credit disputes

Disputing your credit report is actually governed by section 611 of the FCRA. This section requires the credit bureaus to conduct a “reasonable reinvestigation” if you dispute an entry on your credit report (unless they deem your request “frivolous” or “irrelevant”). 1

What constitutes a “reasonable investigation” is, unfortunately, poorly defined. The National Consumer Law Center has criticized the credit bureaus’ dispute processes for being “automated and perfunctory.” 2

The upshot is that, even if the information you’re disputing really is incorrect, there’s no guarantee your dispute will be successful. However, you’ll have the best chance of success if you send a legitimate credit dispute letter, not a 609 letter.

Just because section 611 of the FCRA governs letter disputes doesn’t mean that if you cite it in your letter, it will imbue it with more authority or ensure that it works. There are no magic loopholes for forcing disputes to work in your favor every time.

How to correctly dispute information on your credit report

To dispute an item on your credit report, use a free credit dispute letter template to create a normal (non-609) dispute letter. This is more likely to be effective than a 609 letter because it directly addresses what the credit bureaus are obligated to do under section 611 of the FCRA (instead of muddying the waters by referencing irrelevant sections).

Send the bureaus as much documentation as you can to back up your dispute, because they then have to take it into account during their investigation. For example, if your credit report incorrectly shows that you were late paying a credit card bill, attach copies of cleared checks or other evidence that show you paid on time. 3

Where to send your dispute letter

Send your letter to the address of the credit bureau(s) reporting the information you want to dispute:

Always send letters to the credit bureaus via certified mail. Ask for a return receipt, and keep a record of all correspondences.

Other ways to remove negative marks from your credit report

If the negative marks on your credit report are legitimate and disputing them is unlikely to succeed, there are still a few methods you try to get them off your credit report. They involve contacting the creditor or debt collection agency that reported the information, not the credit bureaus.

Try the following approaches, depending on whether the negative items come from: 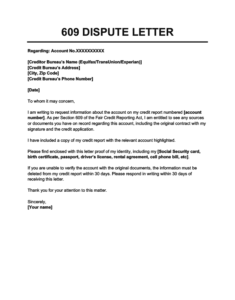 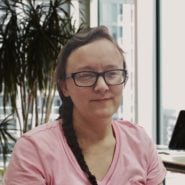 Renée Chen is a credit analyst for FinanceJar. Her work covers credit repair, credit scores, and loans. Before writing for FinanceJar, she worked as a researcher and writer specializing in property insurance. She has a B.A. from Australian National University and an M.A. from the University of Sydney. 7 Ways to Remove Medical Collections from Your Credit Report

To delete a medical collection account from your credit report, you... If your credit score is suffering from damage caused by debt... How to Remove a Paid Collection Account from Your Credit Report

It’s possible to remove a paid collection account from your credit... What Is Credit Counseling and How Can It Help You?

Credit counseling is a financial service where you can get advice... If I Pay Off My Credit Card in Full, Will My Credit Score Go Up?

Ready to repair your credit?

Get a free 5 minute credit consultation with one of our specialists and start your path towards a better credit score.